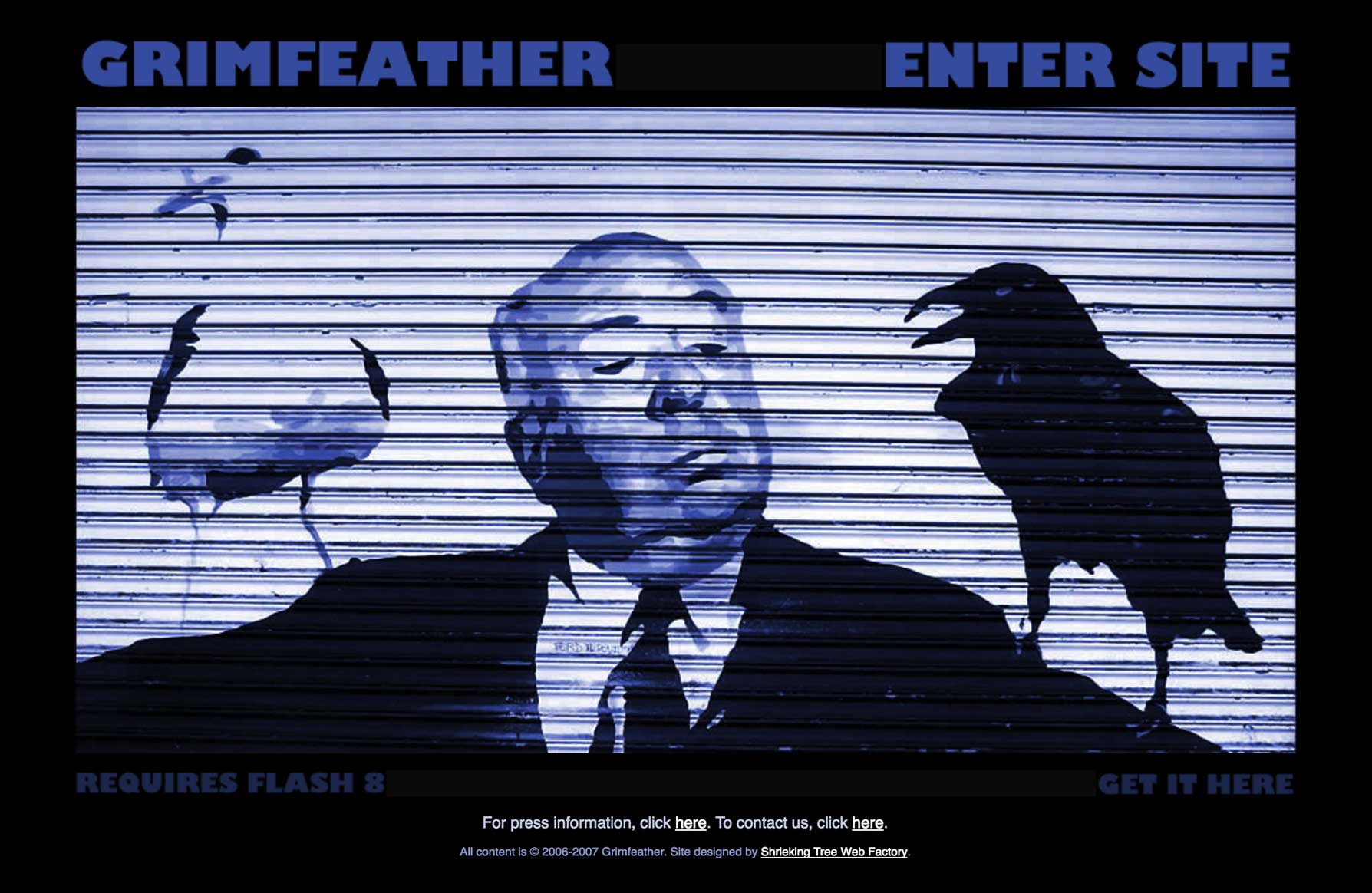 This is one of my favorite early experiments with Flash animation. I had been doing a lot of Flash animation before this, but I wanted to try using real-life images as transitions when navigation items were clicked. Erik Brown and I drove out to an electrical tower in the Las Vegas desert and taped blank pages of notebook paper to each of the four legs. These sheets would serve as the area for updateable content on the site. It was around early 2007 and I couldn’t get my hands on a video camera that recorded decent images, so I shot a series of photographs spinning and moving from each of the four legs to the other three possibilities so that there would be a natural transition to cover every possibility and sequence of clicking. It was definitely way too much work, but an interesting experiment.